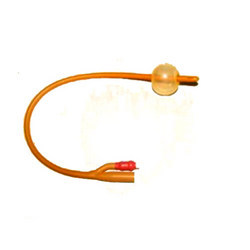 The particular event that inspired me to write this blog occurred last week. I was teaching a private childbirth education when we approached the subject of induction. My student is a second time mother, and she mentioned that she was thinking of getting induced at 38 weeks (the same time she had her fist child). Her first baby was a healthy size and her birth was relatively easy. She was concerned if she went to full term this time, the baby would be bigger and it would be harder to deliver. Her doctor had agreed that if she wanted to be induced, it would not be a problem. When I asked her if she understood that induction statistically lead to a higher incidence of cesarean section, she was shocked and had no idea there was any risk in induction.

The idea of inducing labor is hardly a modern concept. There are documented incidences of inductions dating back to the 1800’s that utilized various methods and instruments to induce labor. Nowadays, the idea of getting induced is so commonplace that the risks of such a procedure are often brushed aside for the benefit of convenience. In the U.S, induction of labor has been steadily increasing from 9.5 percent in 1990 to 22.1 percent in 2004.

That said, there are some very valid medical reasons for needing to induce labor (You will note that convenience and suspected big baby are not on this list).

-If the mother goes past 42 weeks. Some care providers vary in the time they give after the mother passes her due date. Some will give just days while others will allow for the full two weeks.

–Membranes have ruptured and labor has not started The time table for this will often vary depending on care provider. Some will want to see the mother in active labor within 12 hours of the water breaking while others will wait up to 24 hours as long as there is not any sign of fever.

–Pre-eclampsia – a pregnancy condition in which the mother has high blood pressure accompanied by protein in the urine.

–Disease or illness with the mother

Natural Ways To Induce
For some of the reasons listed above, the mother may be able to foresee the need to get labor moving along. If she is past her due date and would rather avoid medical induction, or if her water broke and labor has not started, there are some natural methods that may help induce labor.

A while back I wrote a blog outlining several ways to naturally induce labor. Take a look for some ideas! Natural Alternatives To Induce Labor

Medical Ways To Induce
If the mother is medically induced it will be done with one or several of the following options.

Stripping the membranes If the mother has some time and the induction does not need to be done immediate, the care provider may opt to strip the membranes. This procedure is done by the doctor or midwife inserting two fingers inside the cervix and separating the amniotic sac from the cervix. This may stimulate the bodyÂs natural production of prostaglandin. ÂIn two studies, sweeping the membranes successfully induced labor in half the cases attempted.ÂÂ¹ This is one of the procedures that straddles both categories of natural alternatives and medical induction. It does not involve medication and can be done on an outpatient visit, but it does need to be done by a medical professional.

Pitocin Pitocin is the synthetic form of oxytocin- the natural hormone which causes uterine contractions. This is administered via an IV and is slowly increased in small increments.

Dr. Michel Odent, a well respected childbirth advocate and obstetrician, explains the physiological difference between artificial oxytocin (pitocin) and the naturally produced hormone oxytocin. “There are basic differences between the effects of an intravenous injection of oxytocin and the effects of the same hormone released by the pituitary gland. The first difference is that injected oxytocin does not cross the blood-brain barrier and does not reach the brain receptors: it has no behavioural effects. In other words it is not a hormone of love. The second difference is that the natural hormone must be released by pulsations in order to be effective. Intravenous injection is continuous; this is a way to explain why the doses of synthetic oxytocin must be comparatively high to be effective.”

AmniotomyThis is a procedure that is done to artificially rupture the membrane (AROM) also known as Âbreaking the water.Â This should not be attempted by anyone other then your care provider. To do this, your care provider will insert an amniotic hook (looks like a crocheting needle) into the vagina to perforate the amniotic sac. The way amniotomy works as labor induction is believed, when the bag of waters are ruptured, there is a release of prostaglandins which will increase the level of oxytocin therefore increases the regularity of contractions.

Foley Balloon Catheter I have never actually seen this used for induction, but I know some doctors use this method for induction. This is an instrument used to help dilate the cervix. The catheter has a long tube with a balloon at the end. The balloon is inserted into the cervix and slowly water is used to inflate the balloon, dilating the cervix. 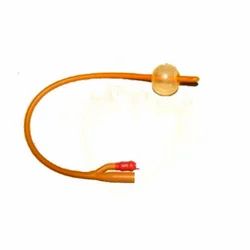 Risks of Induction
There are very really risks involved in labor induction. Before agreeing to an induction it is wise to understand what these risks are. “Many studies agree that fewer than ten percent of women require labor induction for medical reasons” (Ina May’s Guide to Childbirth pg 207)

-Amniotomy can result in higher risk of cord compression, cord prolapse and increased chance of infection.

Stalled labor. Due to decreased mobility of the mother, the baby can often settle into a less then ideal fetal position, which results in inadequate pressure on the cervix halting dilation. If dilation slows down or stops “failure to progress” is declared.

Fetal Distress. Drop in fetal heart rate- longer contractions can result in lack of oxygen-rich blood to baby for prolonged periods of time causing fetal distress. Also increased chance of meconium (baby’s first bowel movement) present in labor. This is a sign of fetal distress and it is dangerous if baby inhales the meconium.

Increased usage of forceps and vacuum extraction for delivery.

Hidden Agenda of Induction
I came across a few very interesting and poignant passages from the book Pushed by Jennifer Block that discuss how OB/GYNs use and view labor induction.

Dr. Jacques Moritz in New York, who has a reputation for being a non-interventionist explains that doctors in solo practices, those who do not work with a group of physicians, will often induce a slew of patients the day they’re on call. “They almost don’t have any choice. It’s actually pretty standard even in some group practices.”

“There are pressures for a doctor to say, ‘I don’t want to be in the hospital every night this week.” I think it happens more than we even acknowledge-it’s just that it’s not talked about,” says obstetrician and researcher Peter Bernstein, MD, associate professor of Obstetrics and Gynecology and Women’s Health at Albert Einstein College of Medicine and Montefiore Medical Center in New York, who criticized elective induction. Some say scheduling births is all that doctors can do to maintain their level of income, while larger portions of it are earmarked for malpractice insurance premiums. If a doctor misses a birth, he loses revenue. Even if an induction doesn’t work, a cesarean is waiting. And from incision to sutures, a cesarean takes less than an hour”.

If you are being pressured by your care provider to induce labor due to going past your due date or concern for a big baby, I invite you to read the following blogs. Due Day? Due Week? Due Month? and Estimate Fetal Birth Weight and Shoulder Dystocia

I hope that this has helped explain what is involved in labor induction. When or if you are faced with making the decision to induce labor, you can make an educated and empowered choice that feels right for you and your family.

Did you know that one in five new parents and pregnant folks have a PMAD (Perinatal Mood & Anxiety Disorder)? About ten percent of the