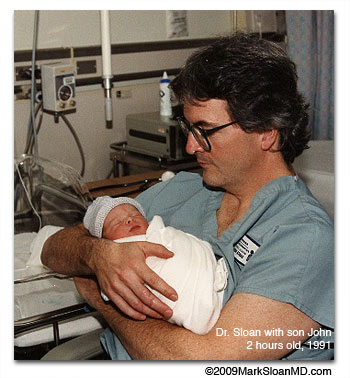 In this episode of Yoga | Birth | Babies, Dr Mark Sloan talks all things umbilical cord! He thoughtfully and thoroughly discusses everything from delayed cord clamping, to the controversial subject of cord blood banking to a nuchal cord and it’s occurrence rate.

Dr. Mark Sloan has been a pediatrician for more than 30 years. Trained at the University of Michigan, he practiced with Kaiser Permanente in Sacramento and Santa Rosa, California, from 1982 to 2014, where he attended more than 2,500 births. He is an Assistant Clinical Professor in the Department of Community and Family Medicine at the University of California, San Francisco, where he teaches reflective and advocacy writing to family medicine residents. He also teaches pediatrics and writing at the Santa Rosa Family Medicine Residency. In 2015 Mark earned a Masters in Public Health degree, with a concentration in maternal-child health, from the University of Minnesota.

Mark is also a writer—his book, Birth Day: A Pediatrician Explores the Science, the History, and the Wonder of Childbirth (Ballantine Books, 2009), was praised by The Washington Post, The Journal of Midwifery and Women’s Health, the New England Journal of Medicine, and The International Journal of Childbirth Education, among many other publications, and was a 2010 Northern California Book Awards finalist. Translated into Japanese as Baby Science, Birth Day was named a “Top 10 Science Book of 2010” by the Japan Economic Times.

Mark lives in Santa Rosa with Elisabeth Chicoine, his wife of 31 years. They have two grown children.

To learn more about Dr. Sloan and his book “Birth Day” visit: marksloanmd.com