Life After Baby: The Fairy Tale and the Reality 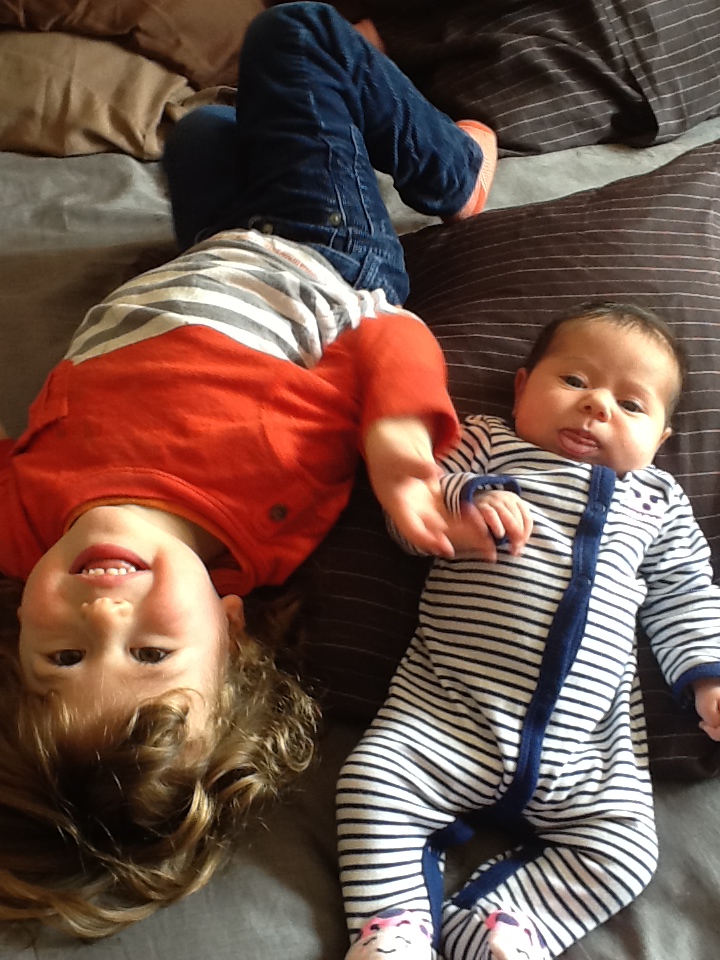 01 Apr Life After Baby: The Fairy Tale and the Reality

I clearly remember the vision I had of what my maternity leave with my first baby was going to be like. It was the first time in my adult life that I would be away from work – well teaching at least- for an extended period of time. I thought it would be kind of like a vacation with my new baby where we would spend hours meandering through the parks on the beautiful sunny, New York summer days, me sitting in outside cafes drinking cappuccinos while effortlessly breastfeeding my baby and chatting with other new moms about life as a new mother. Some of these grand delusions did actually happen, although much of those 10 weeks off were spent trying to figure out how to be a mother, soothe a baby, learn how to breastfeed effortlessly, find my new identity and connect with other mothers. Needless to say, I was overwhelmed and at times felt rather isolated.

Here I am in the middle of my second maternity leave, which is proving to be very different than the first. I certainly am more laid back and confident in my skills as a mother, I could swaddle a feisty monkey if need be with ease and expertise! Although, I am finding myself faced with learning the new skill of appeasing a toddler while tending to the delicate needs of a newborn – who knew I could breastfeed and build a lego house at the same time! I also have an established group of “mom” friends to call upon for support and as a social outlet. And as luck would have it, many of them are also having their second babies around the same time as I. But even with some of the natural “first time mother” transitions not as prevalent, this there are still major obstacles I am facing.

The biggest shocker for me between my two maternity leaves has to do with the season in which I gave birth. Shay was born mid-July which allowed me to easily get out of the house and enjoy the outside and the social interaction that walking down the street brought. With my daughter, Sage, I gave birth mid-winter, resulting in being more confined to my apartment. Those who know me probably would think I would like this. I am not shy about expressing my deep dislike for cold, dark days. I even thought having a new baby was the perfect excuse to not have to face the outside element and stay bundled up in my warm cozy apartment. But I was wrong. A few weeks ago, we were experiencing a bitter cold streak. My pediatrician strongly advised me not to take Sage out in weather lower than 40 degrees for the first 6 weeks. (Please note- here in NYC, when we take a baby out, it is usually not just to a car as in the suburbs. We are out either wearing our children or they are in a stroller. So little ones are much more exposed to the weather.) After a few days, I was really starting to feel trapped and alone. My breaking point was on a Friday morning. I had made plans to take Sage to see a friend and her new baby while Shay was at a playdate. I saw this was an opportunity to have some carefree time out with just my little one, but unfortunately it was just too cold to take her out. I argued with my husband about this and finally submitted to the fact it was not a good idea to venture outside. My reaction and disappointment may have been unproportional for the situation, but to me, it signified being tethered to my house, isolated from friends and ultimately a lack of freedom. After just sitting and crying for a bit, I reached out to all my friends to see who was around as I desperately needed to connect to a person other than my 3 week old. My friend, Maria, came through and by that afternoon, we had a playdate set up.

For me, motherhood has been a constant learning experience filled with much joy but also a big dose of reality that this is hard work. Just when I think I have one thing handled and figured out, something else pops up to throw me off my game. One of my biggest adjustments has been learning to let go of some of the freedoms I had before. My time and schedule is no longer dictated solely by my desires. My identity, responsibilities and priorities have even shifted from being a business owner who would drop everything should I need to serve my yoga studio to now finding a balance as a businesswoman and a mother. My friendships have also slowly changed. While I still maintain wonderful friendships with many of my “pre-kids life” friends, some have slipped to the side while new friends have emerged. Even though my pre-baby life is a faded image of my current life, I would not trade in the opportunity to be mother to my two wonderful children for anything in the world.

When conceiving the philosophy and structure of Prenatal Yoga Center, I knew that providing a strong sense of support and community would be vital for new and expectant moms. Sometimes that community is a few blocks away and sometimes a few computer keystrokes distance. Below, I have reached out to friends of mine and asked them to offer their experience with maternity and the adjustment to motherhood. I also invite our local community and extended website community to share in the comments section as well!

I’ve worked ever since I was 15. I quit my job when I was 5 months pregnant because I no longer felt safe working at that job and doing the hours they wanted. I thought it would be great to be away from the workforce. Retail takes a toll on you. However, I did not realize the profound sense of isolation that would come along with having a baby and being a stay-at-home Mom. I have no friends in NYC who have kids so I didn’t really have anyone to talk to about what I was going through. I actually started to crave adult interaction and desperately wanted to work even if it was only one day a week. Thankfully, I got a wonderful part time job that allows me to be around a ton of women that are also Mommies. It is the highlight of my week and has been crucial for me in adjusting to the life of a Mom.
~Lindsay Tookes

My work contract ended a week before my baby was born, so it was an easy transition to stay home with her for almost two years. It was the most wonderful little bubble of time in my life, and I felt so lucky to be able to dedicate that time exclusively to bonding with my little one, without being asked to multitask. It was also quite isolating, and I don’t think I could have made it through without having reached out to other similarly-situated parents in my community. It turned out that the connections I made through local mommy groups were some of the healthiest friendships I’ve ever experienced in my life. We commiserated, planned activities together, and supported one another. Approaching one-and-a-half years, however, I began feeling overwhelmed by my little one’s growing physical and intellectual needs, and at the same time I began to miss having a career. I watched my other friends — some fellow mothers too — advance in their careers and I wanted to do the same. So that is when I traded in some SAHM hours for part-time work, and outsourced some caregiving to a great nursery program.
~Gail Montemayor

Adjusting to the new role of a mother means adjusting to one’s new position in the world, having control of very little and feeling like you have mastery of even less.

It is hard to relate to anyone unless they are going through it at the same time, and unless you are in a moms’ group or happen to have friends with babies the same age (rare coincidence) isolation can become a theme. And while you feel like you are the only one, remember: you are not.
~Jessica Shaply LSMW / Facillitator of our New Moms’ Support Group