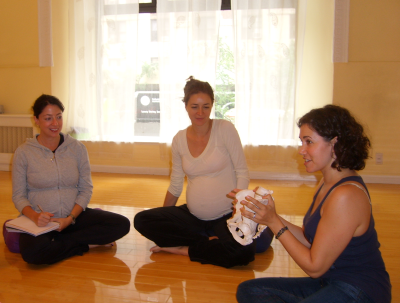 In the hecticness of planning for the arrival of a new baby, taking a formal Childbirth Education Class (CBE) sometimes get put on the back burner and forgotten about. A new study published in The Journal of Perinatal Education sites the positive birth experiences of those that participated in a formal CBE class compared to those that did not take a class.

This study, conducted at St. John’s Mercy Medical Center, included 1,349 nulliparous women (first time moms) at term who participated in a survey regarding their choices for childbirth, their attendance at prepared childbirth classes, and their experience with labor and birth.

CBE classes should give knowledge and information, as well as coping skills that encourages the woman and partner to think about what is best for them as a family and make decisions based not on fear or pressure from others but from evidence-based material. If a woman is more informed, she can make empowered choices which results in a more positive view of the experience. Formal CBE classes also provide a space for discussion as well as time for questions to be addressed.

This study focused not only on the participants’ overall birth experiences, but also looked at the number of elective inductions from both groups, the non-CBE takers and the CBE students. “Sixty-three percent of women who attended classes and did not have elective induction reported that childbirth educators provided helpful information to assist in their decision-making process regarding their choice.” (1)

Women were generally satisfied with the childbirth process and outcome (95%). However, patient satisfaction was associated with whether the woman attended prepared childbirth class, whether she had a medically indicated or elective induction, and on the type of birth she experienced. Women who did not attend class were twice as likely (7%) to be dissatisfied with the birth process and outcome than women who attended class (3.5%). Women were three times more likely to be dissatisfied if they had elective labor induction (9%) compared to women who did not have elective induction (2.8%). When including all study participants who were induced, 34% of women who had a vaginal birth reported they would not have an induction again compared to 57.4% of women who had a cesarean birth. The percentage of women who would not choose elective induction again was significantly greater if the outcome was cesarean birth (75%) when compared to women who had a vaginal birth after elective labor induction. (2)

It seems to speak highly for receiving education since the number of those that had undergone an elective induction and cesarean births were much lower in the group that participated in the CBE class. Fifty-seven percent of women who did not attend class indicated they wished they had known specific information prior to asking for or consenting to labor induction, while 16% of class attendees indicated they wished they had known more specific information. (3) The study also explained that the labor and delivery nurses were a wonderful source of useful information, but that the women were receiving this information too late to make much of an impact on the direction of their labor.

Women who did not attend classes frequently cited friends and family as their primary source of information, followed by books and magazines, television programs, and the Internet. The majority of women cited friends and family as their main source of information. (4) These women were at a disadvantage since friends and family may have been speaking from personal experience with labor and delivery and perhaps were not equipped with the knowledge to explain in an unbiased way the risks versus the benefits of interventions and the complications that may arise during labor.

Unfortunately, attendance at prepared childbirth classes for first-time mothers has been declining over the past few years, from approximately 70% in 2002 to 56% in 2005. (5) Some of the reasons for not attending CBE classes cited were cost, distance, the idea that CBE was only for those planning natural births, being too busy in general and lastly, relying on info from friends, family and care providers as their primary source of information.

I hope that the facts and information from this study I’ve cited helps to highlight the positive outcome from taking the time and effort to attend a formal Childbirth Education Class. I truly believe a woman’s birth experience has an impact on the rest of her life. This experience can color how the mother perceives birth and the message she passes down to her offspring about birth. Why not give yourself the best chance to have a positive experience?