Eating During Labor Should Not Be Forbidden 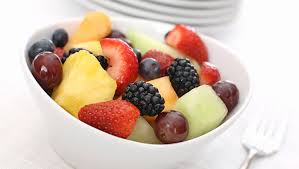 21 May Eating During Labor Should Not Be Forbidden

In the movies and on TV, laboring women are often depicted as panting, sweaty and sucking on ice chips. Luckily, that image can finally change! After years of food and fluid intake being restricted for women in labor, there has been a closer scientific look at this practice and the ban has been (somewhat) lifted.

Even as some of my most athletic, marathon-running students will agree, labor is one of the most physical acts a woman will go through in her life. So why restrict energy providing nourishment during this time? The reasoning for this protocol is rather outdated. ÂIn many birth settings, oral intake is restricted in response to work by [Dr. Curtis] Mendelson, [a New York obstetrician], in the 1940s. Mendelson reported that during general anesthesia, there was an increased risk of the stomach contents entering the lungs. The acid nature of the stomach liquid and the presence of food particles were particularly dangerous, and potentially could lead to severe lung disease or deathÂ (1).

While Dr. MendelsonÂs findings may sound like good reason to avoid food or fluid, obstetrical anaesthesia has changed considerably since the 1940s. With better general anaesthetic techniques and a greater use of regional anaesthesia (2), risks of potential danger have been greatly reduced. Even the ACOG, the American College of Obstetricians and Gynecologists, has announced they are in support of women with uncomplicated pregnancies now consuming ÂmodestÂ amounts of clear liquids such as water, juices, carbonated beverages, tea, black coffee, or sports drinks (3). While ACOG is still not in support of laboring women eating food, many individual doctors and midwives allow liquid intake for low risk women. A recent study published in the British Medical Journal states, Âconsumption of a light diet during labor did not influence obstetric or neonatal outcomes in participants, nor did it increase the incidence of vomiting. Women who are allowed to eat in labor have similar lengths of labor and operative delivery rates to those allowed water onlyÂ(4). So why not let women eat if they want to?

Truthfully, most women will not have a huge appetite during labor, although it is still important to keep the blood sugar balanced and provide energy for the task at hand. For those who are allowed to eat and have the desire to munch a bit, I would recommend staying away from sugary, processed foods. Keep it light since you will not want anything too heavy in your belly. Think energy food! Ask your helpers to prepare foods like whole wheat toast and almond butter, scrambled eggs or quinoa salad. Also, fresh cut fruit or a brothy vegetable stew are good options. Complex carbohydrates, protein and natural sugars are great energy providers. Years ago, I read in a copy of Midwifery Today a blurb from a midwife about a concoction she always made for her clients. She called it the ÂmidwifeÂs pitocinÂ – oatmeal, honey and nuts. Sounds pretty delicious, even if youÂre not in labor!

Labor is often a physically draining, dehydrating experience, so remember to also keep hydrated! Dehydration can actually slow labor down. For fluid options, you can try herbal tea, water, watered down sports drinks, coconut water (which is also a great source of electrolytes!), watermelon juice or vegetable broth. You can also make or buy fruit juice popsicles.

It is really important to discuss the option of eating and drinking with your care provider ahead of time, as you definitely do not want to start negotiating this during your labor. For those at a hospital or with a provider who follows the older recommendation of fasting during labor, you will most likely be hooked up to an IV to compensate for your lack of food or fluid. The IV delivers dextrose, which is basically sugar and water. Dextrose is a refined sugar with deleterious physiological effects: it rapidly elevates blood sugar content, causing a temporary energy rise, but this too-high elevation causes the pancreas to secrete more insulin, resulting in a rapid drop in blood sugar and a sudden energy slump. When dextrose is administered intravenously for many hours, the result can be internal physiological havoc, which the patient will experience as exhaustion (5). This artificially induced glucose high can also lead to the baby suffering from hypoglycemia (6). This seemingly innocuous dextrose IV certainly has its downsides that should be considered.

I encourage you not to be shy about asking your care provider for a little leeway in having a light nosh during labor. The benefits really seem to outweigh the risks for both you and your baby.