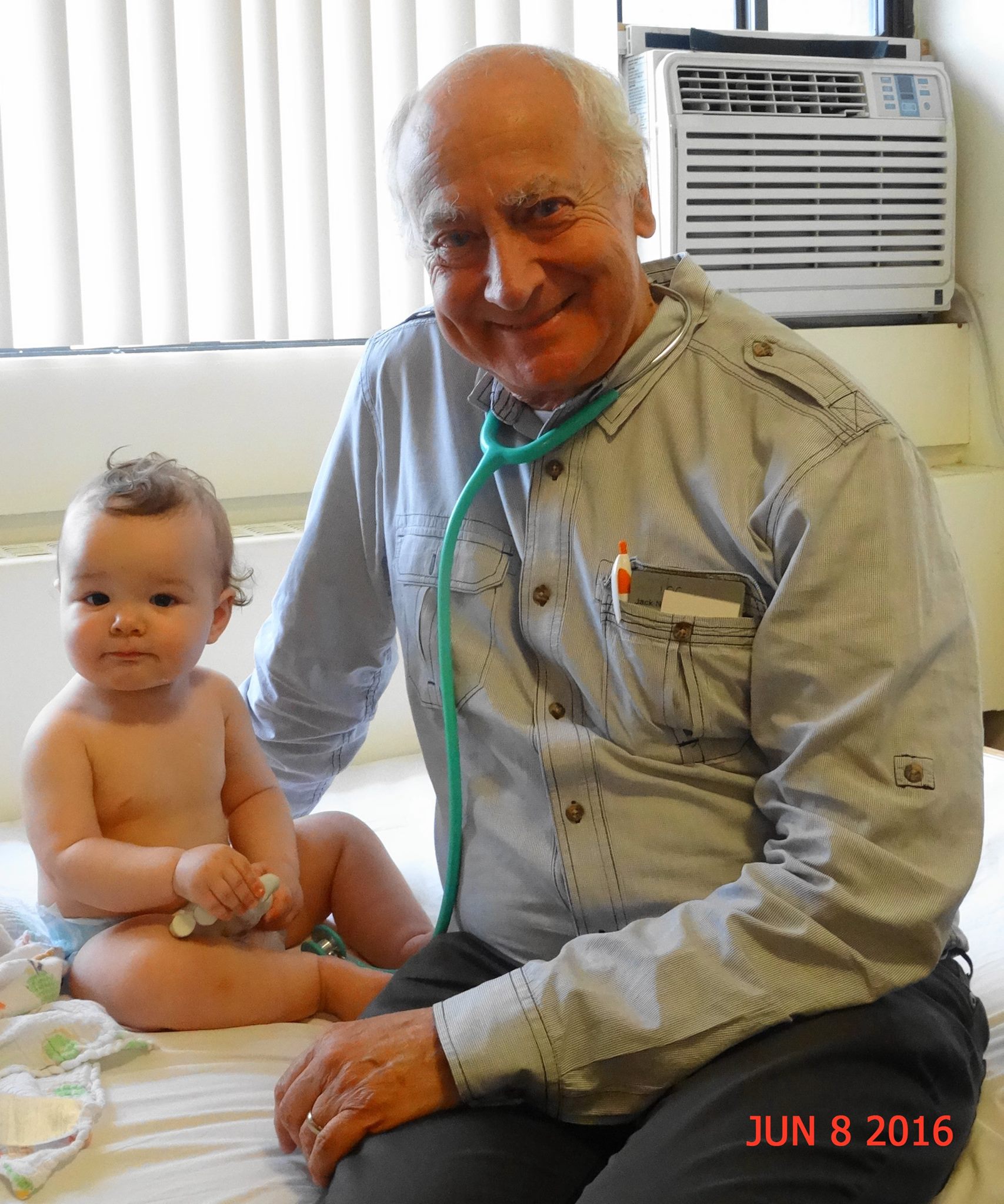 In this episode of Yoga | Birth | Babies, I speak with renowned breastfeeding expert, Dr. Jack Newman.  My goal of this podcast is for new parents to make informed, educated choices about why they may or may not choose to breastfeed. We focus specifically on how to hep the parent who chooses to breastfeed get a good start in the first 48 hours of baby’s life. Hope you enjoy!

*The importance of skin to skin contact immediately after the baby is born.

*How we can best support mothers and babies in the first few days.

*What to expect normal breastfeeindg to look like in the first 48 hours after birth.

*Practices that may discourage healthy breastfeeding.

*Tell tale signs the mother and baby may need someone to make sure the latch is correct and baby is getting enough milk.

*Signs there is a problem and breastfeeding is not possible.

*Tongue Tied babies and the impact on breastfeeding.

*What a mother can do prenatally to help prepare for breastfeeding.

*What a woman should do when she desperately wants to breastfeed but is having difficulties.

*How to find good information and what good support looks like.

Dr. Jack Newman graduated from the University of Toronto medical school in 1970, interning at the Vancouver General Hospital.  He did his training in pædiatrics in Quebec City and then at the Hospital for Sick Children in Toronto from 1977-1981 to become a Fellow of the Royal College of Physicians of Canada in 1981 as well as Board Certified by the AAP in 1981.  He has worked as a physician in Central America, New Zealand and as a paediatrician in South Africa (in the Transkei).  He founded the first hospital based breastfeeding clinic in Canada in 1984.  He has been a consultant for UNICEF for the Baby Friendly Hospital Initiative, evaluating the first candidate hospitals in Gabon, the Ivory Coast and Canada.

Dr. Newman was a staff paediatrician at the Hospital for Sick Children emergency department from 1983 to 1992, and was, for a period of time, the acting chief of the emergency services.  However, once the breastfeeding clinic started functioning, it took more and more of his time and he eventually worked full time helping mothers and babies succeed with breastfeeding.  He now works at the Newman Breastfeeding Clinic and Institute based at the Canadian College of Naturopathic Medicine in Toronto.

Dr. Newman has several publications on breastfeeding, and in 2000 published, along with Teresa Pitman, a help guide for professionals and mothers on breastfeeding, called, Dr. Jack Newman’s Guide to Breastfeeding, as it’s known in Canada (revised editions, January 2003 and January 2005), and The Ultimate Breastfeeding Book of Answers, as it’s known in the US (revised edition, November 2006).  The book has been translated into French, Indonesian and Japanese and is in the process of being translated into Spanish and Italian (expected publication for both in the fall of 2010).  In 2006, Dr. Newman, along with Teresa Pitman, published The Latch and Other Keys to Breastfeeding Success (Hale Publishing) and this book is in the process of being translated into French (expected publication in the fall of 2010).  He has also, along with Edith Kernerman, developed a DVD as a teaching tool for health professionals and mothers.  It is available in English and French.  As well, it is subtitled in Spanish, Portuguese and Italian.

Enjoyed the podcast? You can subscribe, rate, and review Yoga | Birth | Babies on iTunes or Stitcher!