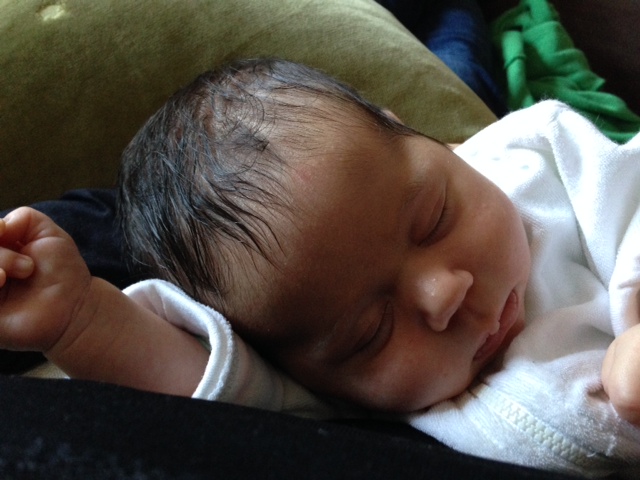 What makes some births faster than others? Often, it is the baby’s position in the pelvis. Optimal position is when the baby is head down, with its chin in line with the birth canal, evenly tucked into its chest, and its spine is in an anterior position- towards the pregnant person’s belly (vertex position). Most babies, about 96%, will go vertex due to the weight of their head, by 36 weeks. However, some babies remain upright in the breech position. Others, although they do make their way down stream, find themselves with their head asynclitic, slightly tilted towards the shoulder, or posterior, with their spine towards the pregnant person’s back. These situations are not ideal for a vaginal birth and can result in a cesarean birth.

What causes these malpositions?
A variety of reasons can cause a baby to be malpositioned. One of the most common is intrauterine constraint. This is when the uterus is compromised and the baby does not have optimal space to move freely. Think of the uterus as a big hot air balloon and the 8 pelvic ligaments as the tethers. Specifically, in terms of balance and stabilization, we are looking at the two round ligaments, which stabilize the uterus and attach to the pubic bone and the top of the uterus, the broad ligament, which connects the sides of the uterus to the walls and floor of the pelvis, and the two uterosacral ligaments, which attach to the posterior side of the cervical uterus to the sacrum. If one of the supporting ligaments is tight or torqued, the uterus is no longer big, round and symmetrical. This can impede the baby’s ability to move freely. Another issue which can cause malpositioning is a misaligned sacrum. Visualize the pelvic outlet as a smooth, round basin — comprised of three bones — the center sacrum, and the two side innominate bones. If the sacrum, is no longer flush with the innominate bones, the baby’s head can be held in place and does not have the capability to rotate, which can lead to the head being tipped to one side or the baby being stuck in the posterior position. Finally, it’s important to examine the psoas. The “hip flexor,” or psoas muscle, is a posterior abdominal muscle that plays a large role in stabilizing and aligning the pelvis. Ideally, the psoas is supple and juicy, however, prolonged sitting, postural imbalances, cycling, and running, can lead to it being chronic tight and spasmodic. Overly tight psoas might cause misalignment in the pelvis, which in turn obstructs the baby from normal movements and prevents optimal fetal positioning.

What can be done about it?
Body work during pregnancy can be very effective. An experienced chiropractor who is certified in the Webster Technique can be invaluable in helping your baby into the optimal fetal position. (Personally, I credit my rather fast second labor to my chiropractor!) The Webster technique is a specific chiropractic adjustment that eliminates sacral subluxation and improves nerve system function in the pelvis. (1) If there are continuous sacrum issues, I also recommend working with a skilled physical therapist who specializes in pregnancy related issues. In addition, yoga, with an emphasis on pelvic stability, can be extremely beneficial for the pregnant person and their baby. Not only will they experience some relief from the back pain of a misaligned pelvis, but the baby will have more freedom of movement.

In full disclosure, body work during pregnancy is near and dear to my heart. As a doula, I have watched many suffer through long labors due to a malpositioned baby. However, it was not until after my own first labor with a baby whose head was asyclitic, that I learned about intrauterine constraint. Since then, I have been on a mission to help create balance in the pregnant body, resulting in more optimally aligned babies, and easier labors. Some people are uncomfortable with chiropractors and physical therapists and body work is not for everyone. But I feel it is my job and obligation to provide information, so you can make an informed and empowered decision.