Choose Wisely. Your Provider’s Anxiety Level Can Influence Your Birth 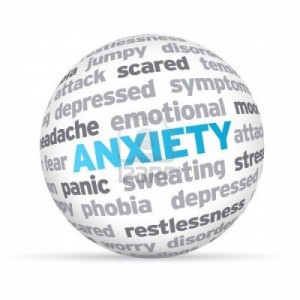 I have this weird fascination with people watching. Being a New Yorker for the past 17 years, I am endlessly entertained at slyly observing all the vast and diverse population around me. I am intrigued by body language, verbal patterns and general presence. During my brief moments of studying my fellow city dwellers, I try to see how these physical and verbal ques can give me some insight into their personality traits. Those that are very fidgety, looking around a lot are perhaps a bit more anxious. Those that are a bit more relaxed in their body are probably more laid back and confident. My observations are hardly groundbreaking, but can looking at an individual’s personality allow us to foresee general patterns? To take this one step further, is it possible to get an idea of how someone is likely to react to a situation or make a decision, based upon certain personality traits? If you were to be getting on a plane and noticed your pilot was rather anxious, how would that make you feel? Maybe the same is true with the decision making process of care givers?

In 2008, The Journal of Obstetrics and Gynecology, published a study, The effects of the attending obstetrician’s anxiety traits and the corresponding obstetric intervention rates.. The researchers set out to explore the correlation between the practitioners anxiety level and the amount of unplanned cesarean sections performed during a specific time. To better comprehend the relevance of this study, it is important to understand exactly what they were looking for in anxiety traits, specifically the difference between “trait anxiety” and “state anxiety”. Trait anxiety refers to a general level of stress that is characteristic of an individual, that is, a trait related to personality. Trait anxiety varies according to how individuals have conditioned themselves to respond to and manage the stress. People with high levels of trait anxiety are often quite easily stressed and anxious.1 State anxiety describes the experience of unpleasant feelings when confronted with specific situations, demands or a particular object or event. This particular study is focusing on trait anxiety.

The data was collected by questionnaire among fourth- and fifth-year Âon-call registersÂ (equivalent to senior residents in the U.S. system) and included 3,135 births in total. The average unplanned cesarean rate was 23%. The average trait anxiety level, which is has a potential range of the least anxious at 20 and the most anxious at 80, was 43. Most significantly, the study states, “Statistical analysis revealed that the doctors’ trait anxiety levels were highly correlated with cesarean rates. The obstetricians with the least anxiety had the lowest emergency cesarean rates, while those with the most anxiety had the highest rates.” Could you be increasing your chances of a cesarean birth based on your care provider’s anxiety level and not necessarily on the health of mom and baby?

What can we do with this information?
While the published article does state more research is needed to confirm and explain the correlation, there is relevance in looking closely at your care provider’s statistics of intervention. A more confident care provider perhaps is going to be more patient and less reactive. This will likely help the laboring mother feel more confident in herself as well as the care she is getting. Think back to the pilot analogy. If your pilot appeared anxious, how would you feel during turbulence? Confident your pilot can handle the bumps or nervous because things got a little shaky? If you are in the position of choosing your care provider, take the time to meet with that person, look at the practice, their statistics and your general comfort and trust level you establish with the individual.