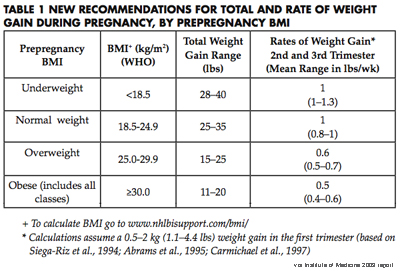 The answer is NO, and I am actually quite surprised by this conclusion! I thought that the upward trend in adult weight gain, type 2 diabetes, and processed food consumption in this country would be accompanied by an average increase in fetal weight. However, research from Harvard Pilgrim Health Care Institute’s Department of Population Medicine (an affiliate of Harvard Medical School) states in a study from the February 2010 issue of Obstetrics & Gynecology that birth weights have actually decreased an average of 52 grams (1.83 ounces) leaving the average birth weight of a newborn at 7 lbs 7 ounces.

This study analyzed data collected during the past 15 years and included 36,827,828 American babies born at full-term. Keep in mind that full term is considered to be anything past 37 weeks. In addition to the decrease in birth weight, the study also found that babies are being born an average of 2.4 days earlier than term (ie the Âestimated due dateÂ of 40 weeks). This is relevant because babies born earlier tend to weigh less, since they had less time to grow.

There is still speculation among researches and doctors as to why this decline has occurred. “We were startled by the findings,” said Dr. Emily Oken, author of the study and assistant professor of population medicine at Harvard Medical School “We tried really hard to explain it away but we were unable to. Dr. Peter Bernstein, director of the Maternal Fetal Medicine Fellowship Program at Montefiore Medical Center in New York City commented that this was NOT the trend he was seeing amongst his clients. However, Bernstein admitted that his experience is confined to the Bronx, where there is a high incidence of obesity and diabetes. “If you look at different populations, you get different results,”. Speaking from my own limited personal experience as a labor support doula, over 7 years and 80 births I have mostly seen babies weighing in the high 7- to 8-pound range.

Bigger babies tend to correlate with older mothers and nonsmokers. So with a national increase in maternal age and a decrease in tobacco use, one would expect fetal birth weight to have increased amongst this population. In fact, the study showed that low-risk women (defined, in this case, as educated, married, white, nonsmokers, with early prenatal care and uncomplicated vaginal deliveries) were having babies weighing on average, 2.79 ounces less in 2005 than 1999.

Oken shared another thought, “Over the second half of the 20th century, birth weight increased, so it is possible that this [recent decline] represents a plateauing of that increase in birth weights that was observed over the last 50 or 70 years, and we are getting back to a steadier state.” If fetal weight correlates with maternal weight gain, however, it seems very odd that we are plateauing only now; in generations past, doctors and care providers were much more stringent on how much maternal weight was gained during pregnancy. In the 1960s, for example, women were encouraged to limit their weight gain to a maximum of 22 pounds. Currently, the average maternal weight gain is 33 pounds.

For the past 20 years, many care providers have adopted the guidelines of the Institute of Medicine (IOM) which advises proper maternal weight gain based on pre-pregnancy Body Mass Index (BMI). Just recently, the IOM has revised their guidelines, putting a cap on weight gain for obese women. These guidelines offer a range of healthy weight gain based on expectant mother being underweight, normal, overweight or obese pre-conception. When determining where one fits into these 4 categories, factors are not measured purely by pounds, but by a ratio of height and weight. Shifting the focus from weight gain to maintaining a safe BMI seems like a move in the right direction. ItÂs very clear to me that healthy weight gain during pregnancy is not a “one size fits all” issue. There are definite risks associated with both too little maternal weight gain and too much. Taking into consideration the sensitivity many women have with respect to weight gain and body image, it may be helpful consult with your care provider on the individual guidelines and nutritional support that might be best for you. So while the researchers sort out the data on this connection between maternal weight gain and fetal weight, the best advice seems to be paying more attention to a healthy diet and proper exercise than the number on the scale.

For more on estimated fetal birth weight and the risks involved with a larger baby, take a look at this blog entry.

PrevPreviousUnderstanding Low Amniotic Fluid In Late Pregnancy
NextTo Cesarean or Not To Cesarean, That is the Question!Next