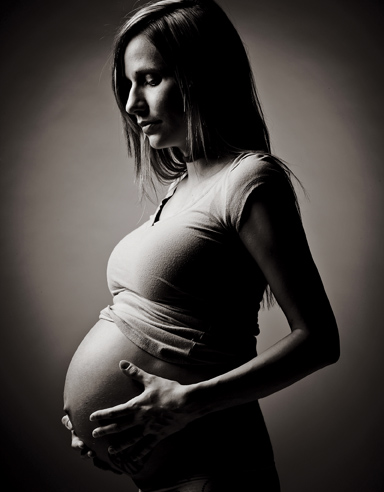 A few months ago during the beginning of one our prenatal yoga community classes, a new student caught my attention. I am not sure what it was about her that I focused on, there was nothing peculiar about her that spoke out to me, just an air of unease. During circle time, she introduced herself and said the usual; her name, how far along she was and whatever ache or pain she wanted to address in class that day. Nothing unusual was disclosed. She quietly moved through class and seemed to enjoy the yoga and the community of pregnant moms around her.

After class, she approached me and asked if I have a moment to talk. “YES!”, I said-and was delighted to have an opportunity to check in with her. She introduced herself to me and told me her name is Ann and wanted my opinion on a pregnancy related matter. Within moments, tears started to well up in her eyes. She shared that her doctors wanted her to go back on a medication for anxiety and asked if I had known any other women who had taken a medication during pregnancy. I shared that I had in fact known two women who had taken medication during pregnancy, and validated her decision to pursue this path with her doctors. We talked for a while and by the end of our conversion, Ann seemed to have lifted a heavy weight off her shoulders.

I didn’t really put this together until more recently, but I had been on psychotropic medication for about 15 years. And the psychiatrist I was seeing, while he was supportive he was not picking up on important cues from me regarding how I was doing once I became pregnant. In April- my husband and I made the decision to have a baby and I would come off my medication very slowly in order to minimize the withdrawal effects. I was on Effexor for a total of seven years, an SSNRI (SerotoninAnorepinephrine reuptake inhibitor) as oppose to SSRI (Selective serotonin reuptake inhibitor). SSNRI’s are known to be effective, but Effexor in particular is a bear to come off. It is also not recommended to take during pregnancy since the drug passes through the placenta and affects the baby. The withdrawal effects for the baby are challenging.

I could have transitioned to an SSRI, but I thought “I can do this, I don’t need anything right now.” So I did not transition to a new medication I just came off my current meds. By the end of July, I had stopped taking Effexor and immediately in August I became pregnant. My psychiatrist didn’t have any strong opinion about this. In hindsight, I feel like he was not seeing me and not really looking at what was happening. He missed some big warning signs. Before I was pregnant, I never once texted or called in a frantic state. In September I began frantically reaching out to him for guidance and support and- he just didn’t pick up on the cues that I that was struggling During this time, I was trying to be proactive and took a holistic approach, I was doing acupuncture, taking fish oil- trying to do all these supplemental things to help.

Within two months of coming off Effexor I was a mess and in the middle of my first trimester. I felt so ill-equipped to cope with normal biological pregnancy symptoms like nausea and fatigue. My serotonin had been so depleted that I didn’t have a supply to support me during the huge hormonal shifts associated with pregnancy. I had heart palpitations, difficulty sleeping, racing obsessive thoughts. It was so difficult coping with these physical symptoms of pregnancy, I was crying all the time and completely overwhelmed. I thought this was the worst thing that ever happened to me. I truly believed I had made a mistake. I had no business getting pregnant. I found it particularly difficult being with other pregnant women. It was hard to get real and relate with what they were feeling. Everyone would talk about feeling so great. I was thinking “Why don’t I feel fine?” I felt isolated when everyone else was having such great pregnancy experience and I was suffering.

A turning point came at my 3rd appointment with my OB. During my first visit I discussed my history of depression and anxiety with my doctor and she said I could stay on my medication. At the time it was early September and I felt like I could do this on my own. By my November visit, A however, it was quite clear to everyone but me that I was not coping. My OB called me out on my shit. She was the most direct provider I had ever met and clearly told me, “You need to go back on your medication. Even though other women have these physical symptoms, they are not affected the way are you. You are suffering and you don’t need to be. Your homework is to get back on your meds.”

I went to a reproductive psychiatric specialist at The Women’s Program at Columbia University. I was immediately told that, for someone who has been on medication for a long time- pregnancy is exactly the WRONG time to come off it. We know the results of anxiety on the baby, increased risk of developing preeclampsia, premature birth and low birth weight. But what they have not seen is any consistent evidence of danger to the baby associated with the use of SSRIs during pregnancy. I felt reassured when I learned, in Europe there are years and years of data for women taking SSRIs during pregnancy which has shown a clear lack of data on the development of malformations with women on these medications. In other words, while it is unethical to do a case control study with pregnant women, there is substantial data that indicates there is nothing to find.

Even though intellectually I knew it was vitally important for me to go back on medication, it was hard to emotionally accept. I felt at times even my husband was judging me. After many very intense conversations, he started to see that it was more harmful to NOT be on something, than the risks to the pregnancy to be on something. I don’t tell people that I am on medication and those I have told are very few but supportive. I don’t believe medication during pregnancy is publicly accepted. Everyone is so hypertensive, like no one wants to take even an Advil! – I feel there is a judgmental mindset to taking anything. That all natural approach does a huge disservice to pregnant women, and an even bigger disservice to those who need medications. There are risks and benefits to everything. I really believe- Happy mom = happy baby! If mom is suffering that is never good. People are so fearful of hurting the baby they may overlook the true need for some non-natural approaches. As a society we need to remember, if we take care of the mother, we are helping the baby.

I ended up going on Zoloft and an increased prescription for folic acid and larger dose of the fish. The belief in adding these supplements is that it is adds additional support for depression and anxiety which helps to keep the dosage low. Back on my medication, the waves are not as high and low. Now I can cope with these waves. I am not having as much of the heart palpations, and the racing thoughts are more manageable. That is really the distinction- it is manageable. Issues don’t go away- but I can manage it better.

I also try to remind myself, not every day has to be a great. I had put this tremendous pressure on myself to enjoy everything and sometimes that is not the case. It is ok to not like pregnancy. You don’t have to be this Hollywood image of the glowing happy pregnant woman. Before pregnancy, I thought I would be super happy and be on a high all the time. I was pretty shocked that it has been such a struggle. But now I know I am going to be ok and I look forward to meeting my baby.

Here is the website for Harvard’s Mass General Hospitals Center for Women’s Mental Health. They have specific information on breastfeeding and medications, and pregnancy and SSRIs. This particular article is Psychiatric Disorders During Pregnancy

Finally, this is the link to Harvard’s Pregnancy Library. This offers tons of helpful resources.

For NY women, Cornell and Columbia have Women’s Programs with specialists in psychiatry and pregnancy. Here are the locations:

The Women’s Program at Columbia University: